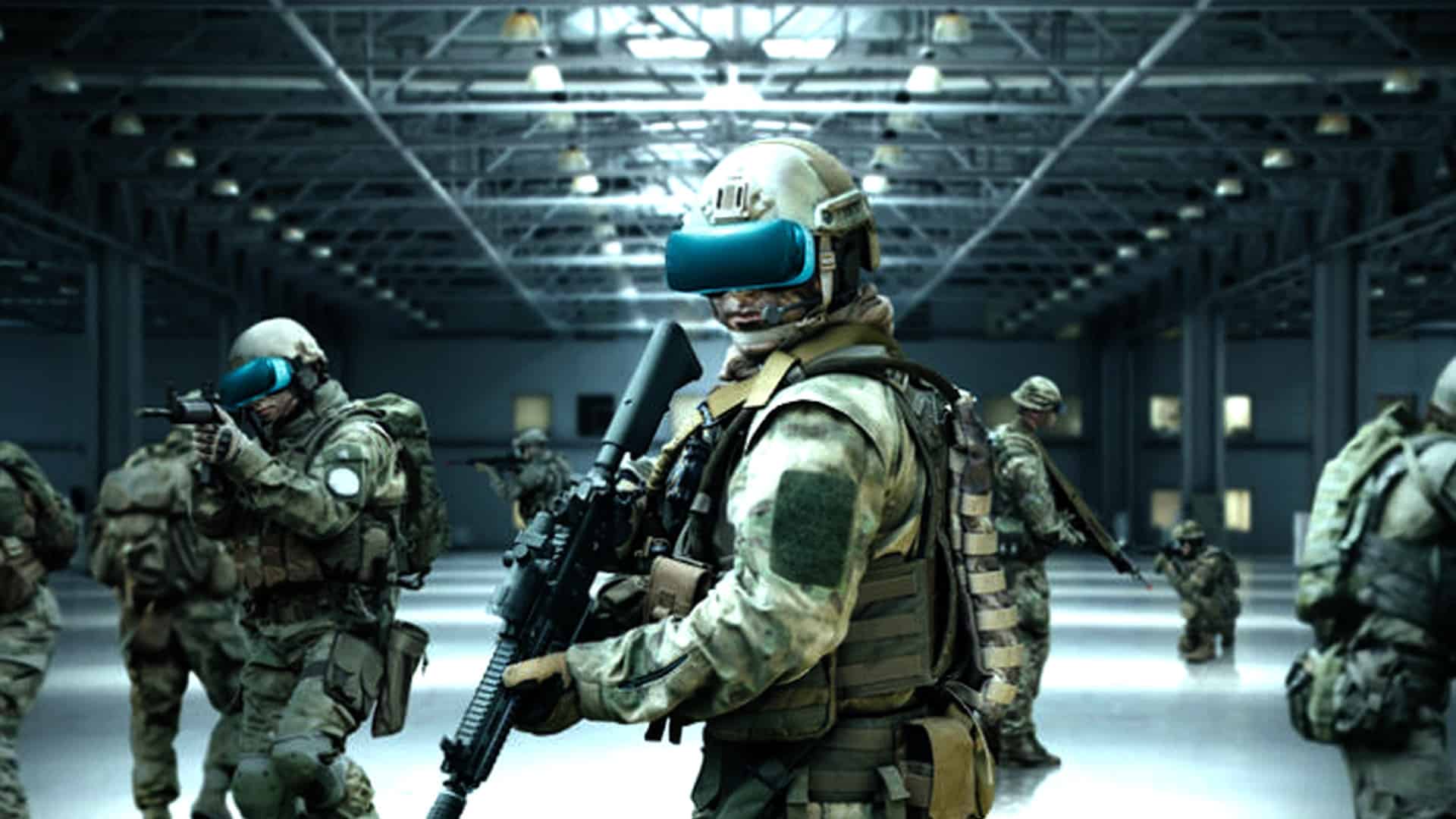 Far from being a great entertainment gimmick for gamers, virtual reality (VR) is rapidly increasing in relevance across a range of companies and industries, from construction and mining to medical and marketing.

HOW DOES VIRTUAL REALITY IN TRAINING WORK?

First things first. Virtual reality and augmented reality-based technologies utilise hardware devices such as VR headsets and AR smart glasses. These innovative devices allow users to simulate real-life situations and scenarios in order to help them hone their pre-emptive, proactive and reactive behaviours and reflexes; no matter the situation.

From weapons and technique training to bomb defusal scenarios and hostage negotiation, virtual reality for security and military training can make the users feel like they’re actually in a simulated world; this is called an immersive experience.

The results are impressive: recruits trained this way have proven to be better equipped at handling a range of security threats in a shorter time than could have been achieved without VR and deploy a much larger skillset as a result.

Immersive experiences inevitably lead to experiential learning. Trainees can learn from simulated experiences first-hand rather than ‘practise’ from a textbook. A specialised weapons handler can perfect deploying the weapons in the most pressurised of situations, or an advanced military aircraft pilot could practise a dangerous take-off or landing that would otherwise not have been possible to rehearse with accuracy.

The ability to work with team members is also a huge advantage of virtual reality. Often, team members have limited scope to see how they’d function as a cohesive, effective unit in any given situation. Now they can do so without even being in the same room.
Setting and attaining similar high standards across mass units was also considerably more challenging prior to VR training. Now the same standards can be set for large battalions or forces, and targets can be objectively assessed and met.

VR police training also leads to a higher calibre of recruits. Rather than having an idealised notion of what it’s like to join the police or the defence force, job candidates can now experience being both on- and off-the-job beforehand. Candidates onboard only if they’re still interested, and with no illusions as to the nature of the job.

WHAT THE FUTURE HOLDS

The benefits offered from VR police and military training are becoming so evident that traditional training methods need to consider supplementing and enhanced courses with virtual reality to optimise efficiency and improve overall safety. Lives could depend on it.

Are you interested in learning more about our custom augmented and virtual reality training solutions? Contact bizAR Reality today.

CONTINENTAL AR
Continental used an augmented reality application to allow clients to visualise the machines and the process responsible for its highly advanced belt splicing process.

FM ARCHITECTS
FM Architects used augmented and virtual reality as an innovative way to present their 3D architecture models to their client.